Steve Eddy was appointed city manager of Moore in December 1999, shortly after the May 3, 1999 EF5 tornado that ravaged Moore. He has been employed by the city of Moore since 1989, having served as community development director and then assistant city manager prior to his appointment as city manager. Mr. Eddy has been the city’s lead administrator through the recovery efforts after the May 3, 1999 EF5 tornado, the May 8, 2003 EF4 tornado, and most recently the May 20, 2013 EF5 tornado which devastated large parts of Moore.

Mr. Eddy graduated from Moore High School in 1973 and received his Bachelor of Arts degree from East Central University in 1977. He earned a Master of Regional & City Planning in 1981 and a Master of Public Administration in 1999, both from the University of Oklahoma.

Mr. Eddy is active in the Moore community, being a member of the Moore Rotary Club and the Moore Chamber of Commerce. Mr. Eddy also serves on the board of directors of the United Way of Central Oklahoma. Mr. Eddy’s wife, Robin, is employed by the American Red Cross of Central & Western Oklahoma and is the program director for the Oklahoma Disaster Recovery Project in Moore. 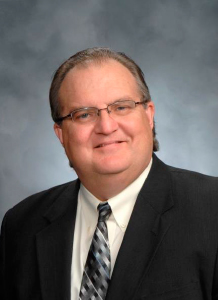