Miranda has worked at Mercy Hospital since 2007. She worked as the media coordinator for four years, and served as the spokesperson for the hospital at the time of the tornado, dealing with local, national and international media. In the wake of the disaster, Miranda had the opportunity to share her experience and lessons learned as a guest speaker at several crisis communication conferences such as Missouri Hospital Association, Indiana Hospital Association, Public Relations Society of America – Orlando Chapter and the California Association of Public Information Officials. She is currently the director of development for Mercy Health Foundation. Miranda is also a member of Joplin City Council. She serves on the boards of directors for Lafayette House, Webb City Schools Foundation and Webb City Cares and is a member of Kiwanis Club of Joplin and Webb City-Carl Junction Rotary.

Miranda graduated from Webb City High School. She attended Evangel University in Springfield where she earned a bachelor’s in communications and a master’s in organizational leadership. Miranda lives in Joplin with her husband, Aaron, and they will celebrate their 13th wedding anniversary this summer. 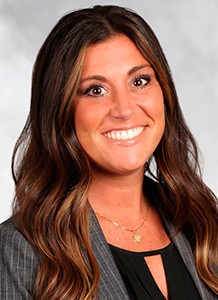