Kristi Spencer grew up in southwest Kansas and later moved with her family to Tokyo, Japan where she graduated from high school. Kristi attended the University of Kansas and graduated in 1995 with a degree in Broadcast Journalism. Kristi began her career in television at WIBW-TV in Topeka, Kansas.   While at WIBW she worked as a reporter, producer, assignment editor and assistant news director. Kristi was named News Director for KOAM-TV in January 1999. KOAM-TV is the CBS affiliate serving the Joplin/Pittsburg Market.

Kristi’s current duties include overseeing all aspects of the news operations for KOAM-TV and the area’s Fox affiliate KFJX, Fox 14. KOAM and KFJX have the most watched and second most watched news programs in the market respectively.

Under her direction, KOAM and Fox 14 news teams covered one of the deadliest tornados on record.  Coverage in the early days following the tornado focused on informing people of immediate information needed for safety an cleanup efforts. In the weeks, months and now years later, the coverage topics have turned to death prevention, rebuilding, recovery and holding those in positions of power accountable. 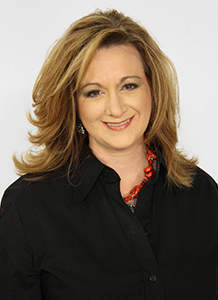