Missouri Governor Jay Nixon appointed Duncan as a Commissioner of the Missouri Mental Health Commission. The Joplin, Missouri City Council appointed Duncan as a trustee of the First Response Tornado Fund, to the Planning & Zoning Commission and most recently to the Joplin Re-Development Corporation, which he chairs. In addition, Duncan serves as a board member on the HSG Charitable Foundation in Jefferson City, Midwest Transplant Network in Kansas City and Ronald McDonald House of Joplin. Currently he coaches a Joplin Young Professionals Network group. In 2014, he was elected to the Board of Trustees of Heidelberg University in Ohio.

Over his 15 years as President and CEO, FHS grew to become the dominant healthcare provider in Joplin and the region. Physician recruitment and innovative services drove tremendous growth. Perhaps the most challenging time came in his last year, 2011, during which Joplin experienced a paralyzing blizzard and a devastating EF5 tornado, which left a 13-mile long path of destruction. Overnight, Freeman became the only functioning hospital in Joplin. After treating over 1,000 victims immediately after the storm, Duncan and his team set about immediately adding much needed capacity for critical care, trauma, psychiatric, and medical/surgical services. Duncan and Freeman staff shared their numerous lessons learned in and after the May 22, 2011 tornado with medical personnel throughout the country. 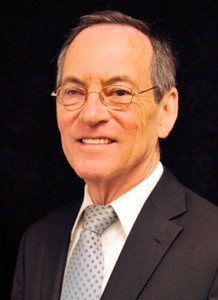