Gary Bandy began his broadcasting career in 1973 at KLKC radio while still in high school in Parsons, Kansas.

He worked at KLKC and in the Parsons Sun’s Circulation Department off and on throughout the 1970’s. Gary graduated from Labette Community College in Parsons in 1975, then attended broadcasting classes at Wichita State University in Wichita, Kansas.

In 1981, Gary relocated to Joplin to begin work at KKUZ radio. In 1988, he moved to television as a production coordinator at KODE TV. His morning show career started in 1993 as co-host of KODE’s Good Morning Four States. Three years later he moved to KSNF TV and co-hosted their morning show, Hometown Today, from 1997 to 2002 when he was promoted to the position of main evening weather anchor.

Gary received his meteorology degree from Mississippi State University and was KSN’s Chief Meteorologist from 2003 until his retirement in November 2014.

In his time in Joplin, he has served on the boards of the Southwest Missouri United Way and the Spiva Center for the Arts. He’s also volunteered for many local and regional charity organizations including the American Cancer Society, the Muscular Dystrophy Association, Hope 4 You Breast Cancer Foundation, the United Way of Southwest Missouri and Southeast Kansas, Special Olympics of Missouri, the Alzheimer’s Association, Ascent Recovery Residences, The Boys and Girls Clubs, Children’s Miracle Network, the Humane Society, the Joplin Association for the Blind, the Ozark Center for Autism, the Red Cross, the Ronald McDonald House and was a co-founder of KSN and KODE’s “Helping Hands-Helping Others” campaign to provide food for Joplin’s Souls Harbor and Pittsburg Kansas Wesley House.

Gary has been married to his wife, Doris Carlin, since 1986. Doris is very active in the Joplin community and is an owner of the Southwest Missouri office of Keller-Williams Realty. Gary and Doris have one son, Coleman, who graduated from the University of Missouri in 2014 with his major in Psychology and his minor in Journalism. 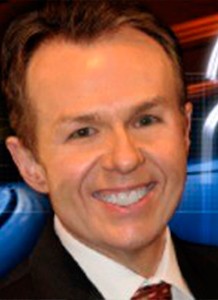