Dr. C.J. Huff is the founder of Bright Futures USA, a non-profit organization dedicated to bringing communities together to focus on the success of children. He currently works for the U.S. Department of Education as a subject matter expert in the area of emergency planning.

Huff previously served as the superintendent of Joplin Schools from July 2008 through June 2015. His wide range of experiences as a teacher, principal, superintendent and farmer prepared him to lead his district of 1,100 employees and 7,700 students through the recovery following the devastating Sunday, May 22, 2011 Joplin tornado. District losses from the storm included damage and destruction of ten of 19 school buildings, and the loss of one staff member and seven students. Huff’s declaration that “we will start school on time” is credited with being a key factor that drew the community together and provided a positive light to rally around in the midst of such tragedy and destruction. On August 17, 2011, Joplin students started the new school year on time. By August 2014, the last of the buildings destroyed by the storm was rebuilt. Of particular note, in the fall of 2015, Joplin Schools was named one of nine “Future Ready” school districts in the nation by the U.S. Department of Education. 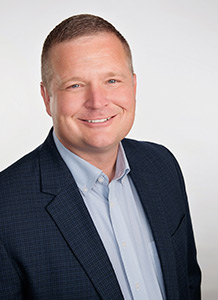