Debi became the President/CEO of the United Way of the Ozarks in late September 2014. However, she has spent her life in service to others. She began her volunteer career in seventh-grade as a Candy-Striper with the American Red Cross. Before coming to the United Way, she was a American Red Cross employee for over 24 years, serving the last 10 years as the Regional CEO for the Southern Missouri Region based in Springfield. She is Vice-Chair of the Missouri Governor’s Faith-Based and Community Service Partnership for Disaster Recovery and Co-Chairs the Greene County Community Organizations Active in Disaster (COAD). Debi has worked many disasters including opening the American Red Cross shelter on the MSSU campus the night of the Joplin tornado and the Joplin-Area tornado Multi-Agency Resource Center (MARC) seven days later. She served as the Chair of the Joplin tornado Long Term Recovery Committee for the first year following the tornado. After Hurricane Sandy she deployed to New York to lead a Community Partnership team. She deployed to both Moore, OK and Washington, IL following the tornados to help stand up MARCs, Long Term Recovery Committee’s and Disaster Case Management.

Debi has a Bachelor of Science in Developmental Psychology from Liberty University, earned a mini-MBA from Missouri State University, and a diploma in language and cultural studies from Yonsei University in Seoul, Korea. 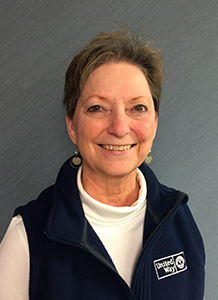