Darren has been a 28-year volunteer for the American Red Cross. His time includes serving on the board of directors for Northwest Arkansas Chapter, serving as the chairman of the board for the Southwest Missouri Chapter, and two years as the Southwest Missouri Representative to the State Service Council of Missouri. In addition, Darren has been awarded the Clara Barton Award, the highest award the American Red Cross can bestow on a volunteer, in recognition of his meritorious service in volunteer leadership positions that span a his years of service.

Darren holds a Bachelor of Science from Missouri Southern State University and a Master of Education from the University of Arkansas. He has been married to his wife Denise for 30 years, and they have two sons Ryan and Clayton. 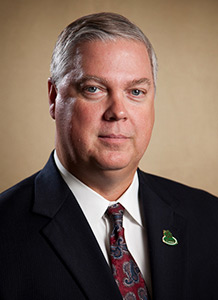