Carol Stark is the editor of The Joplin Globe, a daily newspaper in southwest Missouri.

Stark has worked as a journalist at the Globe since 1983, covering crime, courts, city and county government. She was named the paper’s metro editor in 2004, and the editor in 2007.

Stark was selected to serve as a juror for The Pulitzer Prizes in 2010, 2012 and 2013. She was named national Editor of the Year in 2012 for her role in leading her staff’s coverage of an EF5 tornado that devastated Joplin, wiping out a third of the city and killing 161 people. The paper also was named Newspaper of the Year by LMA, and the ASNE Breaking News Award, as well as others, for its work following the tornado. Nine newsroom staff members lost their homes and one was killed in the tornado.

Stark is second vice-president of the Missouri Press Association, a cancer survivor, has two sons and five grandchildren. 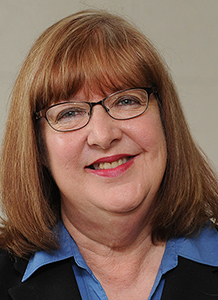