Bruce Bailey, executive director of AmeriCorps St. Louis, has his degree in Public Administration from Webster University. He has worked in government and social services for over 35 years, 15 of which were spent in agencies serving youth. Bruce began his career as a congressional aide, then as a special assistant to Judge Noah Weinstein at the St. Louis County Juvenile Court. Subsequently, Bruce served as the executive director of two non-profit agencies focused on Outdoor Education and Youth Corps programs. In 1994, Bruce directed a pilot Public Safety Program for the Corporation for National Service which led to his role as the founder and Executive Director of AmeriCorps St. Louis.

The AmeriCorps St. Louis Emergency Response Team is renowned as a national leader in disaster services. The team has deployed to 32 states and the majority of counties in Missouri, responding to everything from tornadoes to ice storms, and hurricanes to forest fires, terrorist attacks, and everything in between. Among the many awards and recognitions Bruce has received, he is most proud of the Mel Carnahan Service Award for Exemplary Leadership to the Citizens of Missouri (2002), and The National Disaster Impact Award from the Corporation for National and Community Service (CNCS, 2012) for his exemplary leadership in Joplin, helping generate over $17.7 million of in-kind credit for volunteer and resource donations. Bruce has served as the chairperson of Missouri Voluntary Organizations Active in Disaster (VOAD), and is an advisor to the National Volunteer Organizations Active in Disaster (NVOAD) and state governments, providing technical expertise regarding volunteer coordination and donations management during all phases of emergency management. 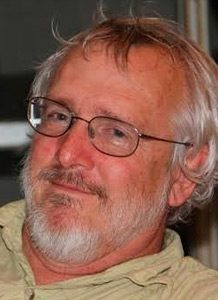